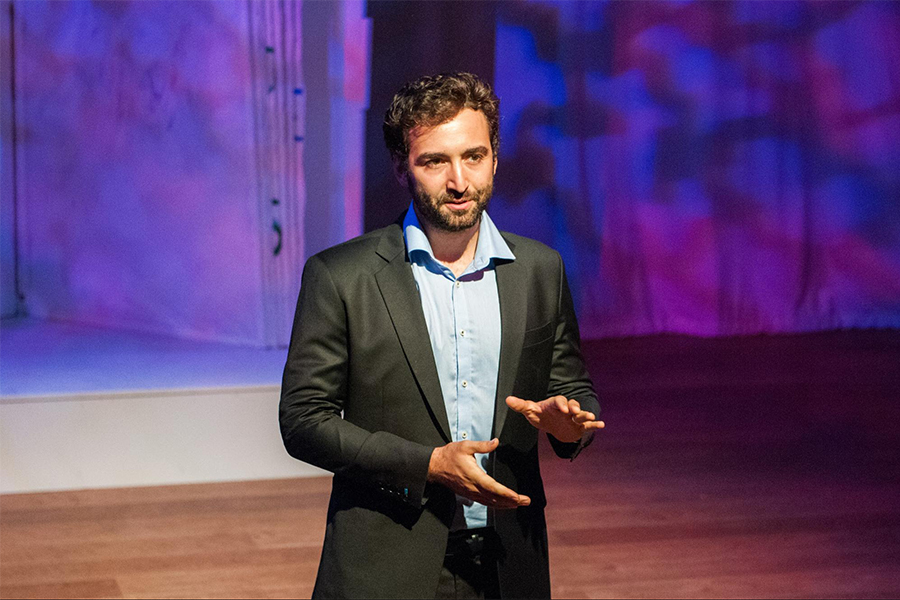 Emma Dressler ’18 interviewed Elementary and Middle School Theater Director Mr. Matthew Frazier-Smith, who also teaches dance and music during the Academic Year and served as the Director of the Dedicated Performing Arts Team in the TASIS Summer Programs from 2014–2017.

When did you start at TASIS?
I actually started in the Summer Programs in 2013. I began as a teacher there and then became the Director of the Dedicated Performing Arts Team the following year. I was then invited to work at TASIS during the Academic Year beginning in the fall of 2015, and I continued working for the Summer Programs through last summer.

What subjects do you teach?
I teach theater, dance, and music.

Dance, theater, or music? Choose one and explain why.
Oh man, why this? I would probably go with dance just because I feel like movement is so important. I know for me personally if I stopped moving, I would get really depressed, so I think dance for my own sanity. But it’s tough to choose. Theater would be second and music would be third, just because I don’t have as many musical skills as theater skills.

What inspired you to become a dancer, and what has it given you?
I grew up playing sports and loved just moving in general. I loved activity and getting my heart rate up—it was just a part of my identity. When I went to college for theater, I was really inspired by a dance performance I saw and decided to pursue that as a way of replacing my sports background, and it became so much more than that. It was so intellectually stimulating as well. The content of the dance pieces was extremely cerebral as well as physical, and I loved combining the mind and the body in that way.

It’s given me a different way to look at life. Not to put it too dramatically, but it has impacted how I see the world. If you look at dance as just moving, I think it gives me a way to look at the world that is more interesting, more fun, and more pleasurable. It's given me a way to interact with my body and other bodies. It has affected how I interact with people, how I do my job, and how I complete menial tasks. It has provided a new perspective on living.

Why did you decide to become a teacher?
I’ve always enjoyed teaching. When I was a kid, I noticed that some of my teachers did not enjoy it, and I always grew up with the philosophy that I’m never going to teach unless I really want to. The first class I taught was as a teaching assistant while I was an undergraduate, and I loved it. I loved interacting with material in that way—it helped me understand the material I was teaching in a different way.

I love facilitating classes where students have “aha” moments and moments of discovery about themselves, other people, and the world. I honestly think the reason I continue teaching, as selfish as it is, is because it feeds me and I learn a lot from my students. It’s not just an outpouring of knowledge—I feel like in the classroom we are able to cultivate new knowledge, and that is very exciting to me as a person. 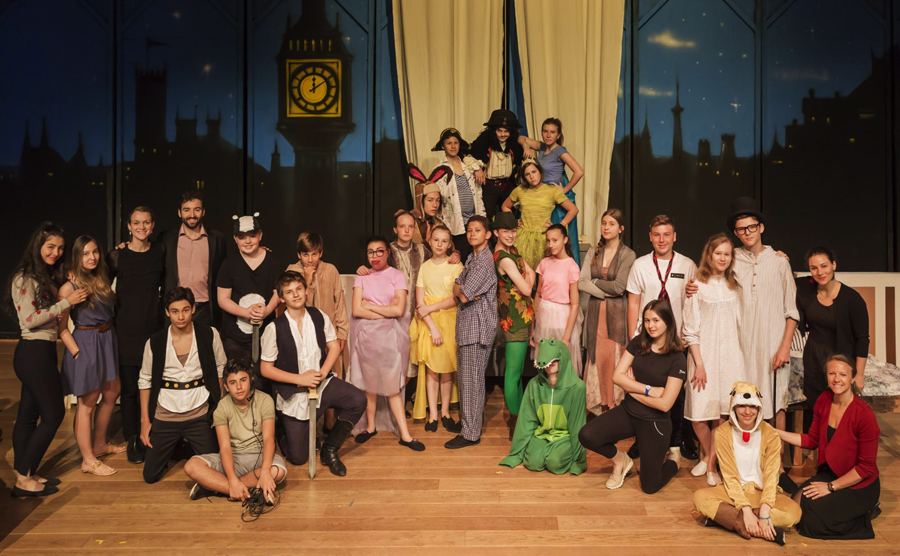 Mr. Frazier-Smith with the cast and crew of the 2017 Middle School Musical: Peter Pan JR.

What is your educational and teaching background?
I went to Nashville School for the Arts for high school and majored in theater there. I became addicted to theater, and I mean that in a most sincere way. I just started performing all the time, and when I got to college I was able to do some professional work while I was studying, which was really cool.

My dance addiction began in college, and I started touring a bit in the summers as a dancer and a little bit during the academic year. I was receiving grants to perform and create shows with my professors and peers. Slowly but surely everything started going toward the dance realm, and I think it was because I’m a male and there were just a lot of dance opportunities for me. Even though I was a young dancer, I was able to dance a lot because there are not a lot of men in the field.

After my undergrad degree, I did some children’s theater and at the same time got to teach elementary students. I went back to graduate school for dance because I missed it, and I continued doing some professional work along with touring. I still did theater in the summer, and a friend and I co-wrote a show in 2011, which we took on a national tour the following summer. I then went to New York after my coursework and started teaching for the Disney Theatrical Group—a cool way to teach theater, dance, and music at the same time. I started learning the process of producing a musical. I spent my summers working with the TASIS Summer Programs and then had the opportunity to come here, and here we are.

What was it like moving from the US to Switzerland? Any culture shock?
My wife Julie [who teaches dance, drama, and musical theater at TASIS] and I went from Brooklyn to here, and, yes, there was kind of a culture shock. I remember we were living the starving-artist lifestyle at that time. Coming back and forth in the summer was certainly jarring at first, as all of your senses are completely thrown off. There was certainly a degree of culture shock, but at the same time this was a second home in the summer for us for so long that coming here to work year-round was not necessarily much of a culture shock.

What do you like most about working at TASIS?
I really enjoy the freedom I have as a teacher to teach what I feel is important. The campus inspires art. The environment inspires creativity. But I would say my favorite thing is the diversity, as there are so many different perspectives. Students and teachers coming from so many different countries really allows people to come into contact with ideas that they would have never grappled with otherwise, which is great for the arts.

What else are you involved with at TASIS?
I am a faculty leader for the Nepal Global Service Program group and made my first trip there last year. We were all incredibly sick, and I remember even when I was at my lowest point, I was thinking, “I’m definitely coming back next year.” I love the challenge and what it does for students. It also helped me see students in a different light and discover other ways of developing a strong rapport with students in my classes. That was a trip where I felt like I grew as a person.

Can you briefly describe your teaching philosophy?
My philosophy is to embrace the diversity of the classroom in order to allow for differing ideas to collide and new knowledge to be cultivated. I also believe we need to allow students to make mistakes. I aim to set up a classroom which is more of a laboratory as opposed to a place where people feel they need to be perfect. I think you have to foster an environment of creativity, and this starts with ensuring the students are open to taking risks.