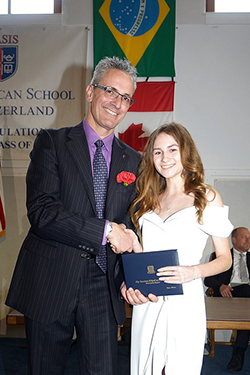 Diana Dulina ’18 (Russia) is headed to London to pursue a degree in Architecture at the renowned Architectural Association School of Architecture after turning down offers from University for the Creative Arts, Arts University Bournemouth, and University of the Arts London.

Commonly referred to as AA, the Architectural Association School of Architecture is the oldest independent school of architecture in the UK and is one of the most prestigious and competitive in the world. Diana, who received an architecture award at the end of 11th grade and capped her high school career with The Excellence in Architecture and Design Award, described AA as her “dream university.”

The aspiring architect finished her three years at TASIS with a 3.62 GPA, earned an IB Bilingual Diploma in English and Russian, and scored 36 points on her IB Diploma assessment. She was greatly influenced by the time she spent with Master Teacher Mark Aeschliman, who has taught both Architecture & Design and Art History throughout an illustrious career at TASIS that began in 1979, and credits his courses for shaping her future path. “There are not many schools that offer architecture courses, so I feel fortunate to have had that opportunity at TASIS,” she said. “My classes with Mr. Aeschliman were the most amazing and fun things I did in high school.”

There are not many schools that offer architecture courses, so I feel fortunate to have had that opportunity at TASIS.

Mr. Aeschliman, who has helped countless students discover a latent passion for architecture through the years, was effusive in his praise for Diana in the award citation he wrote, which was delivered by Fine Arts Department Chair Martyn Dukes at the Class of 2018’s Commencement Ceremony in May.

“This year’s recipient of the TASIS Architecture Prize is a highly skilled artist, as well as a technical problem solver,” read Mr. Dukes. “No task was left undone in her quest for excellence in the IB Visual Arts/Architecture course at Higher Level. Her ingenious designs for space frames to cover large areas are as beautiful as they are intuitive. Her acceptance at London’s prestigious Architectural Association School is fitting evidence of her dedication and commitment. It is also a testament to the completeness of her preparation.” 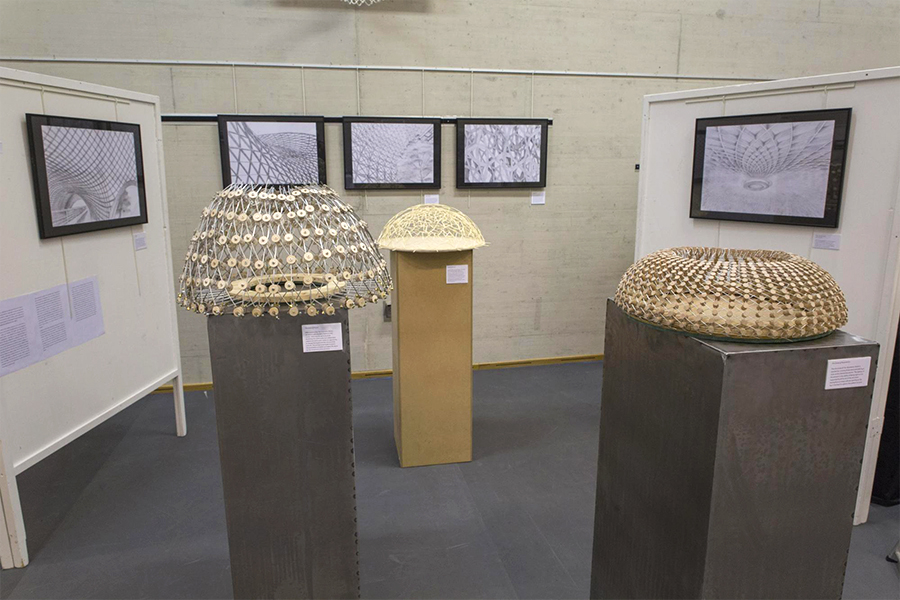 While Diana has known she wanted to study architecture in college for some time, her path to London was circuitous. “At first I was absolutely sure that I would stay and study in Europe,” she said. “Then I completely changed my mind and started preparing to apply to colleges in the US. But in the end I decided to apply only to the UK. And through the whole journey the only thing I was certain about was my major.”

Aside from her classes with Mr. Aeschliman, Diana drew inspiration from the highly international TASIS student body—“the people are what I’ll miss the most”—and from her role as a student leader for the Gram Vikas (India) Global Service Program group. “Through that experience I truly learned how to care, to appreciate, to love, and to help,” she said. “Our trip to India brought us close together and changed our perspectives.”