<Back to News
The Arts Are Alive and Well at TASIS: A Recap of the 2019 Spring Arts Festival 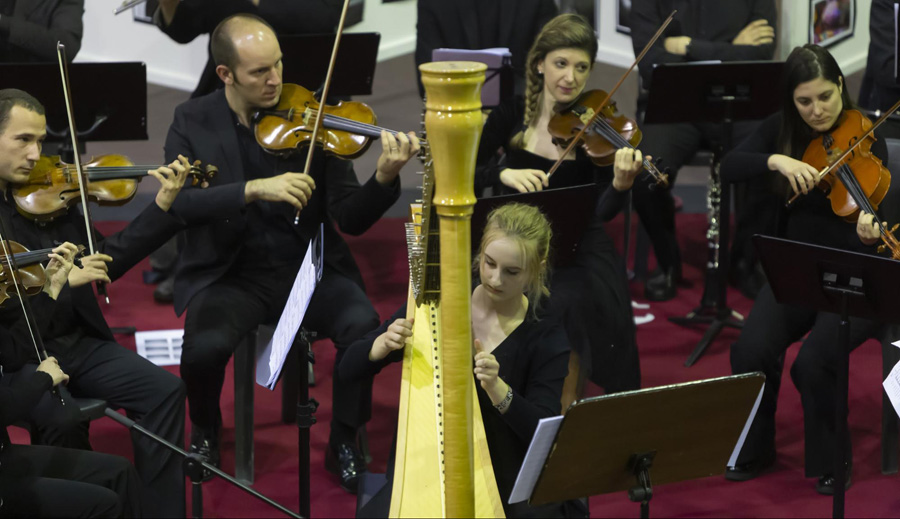 Following a few informal kickoff events on Friday, May 10, the 45th annual TASIS Spring Arts Festival began in earnest with an assembly in the Palestra on the morning of Tuesday, May 14.

The celebration of the arts began with welcoming remarks from Kaan Dogan ’20 and Sofya Rappoport ’22, who touted the breadth of this year’s festival and urged their peers to take advantage of the many opportunities the week presents.

Their remarks were followed by several excellent performances that provided a glimpse at what this year’s festival would offer. Student vocalists, instrumentalists, actors, and dancers all had a chance to showcase their talents.

Fine Arts Department Chair Martyn Dukes closed the assembly, which can be viewed in full below, by briefly discussing the history of the Spring Arts Festival and urging students to support the extraordinary efforts of their peers throughout the week.


The visual arts side of the festival kicked off early Tuesday evening with the opening of the TASIS Faculty Art Exhibition, despite it all, in the Ferit Åahenk Fine Arts Center’s Horst Dürrschmidt Gallery. As the week continued, an abundance of exceptional artwork created by TASIS students and teachers was displayed on campus, and the general public was invited to drop by to see the work throughout the weekend. In addition to the faculty exhibition, the High School, Middle School, and Elementary School Art Exhibition was housed in the Palestra; the work of students in Pre-Kindergarten through grade one was shown in the Palmer Center’s upper lobby; and student photography was featured in Villa De Nobili. 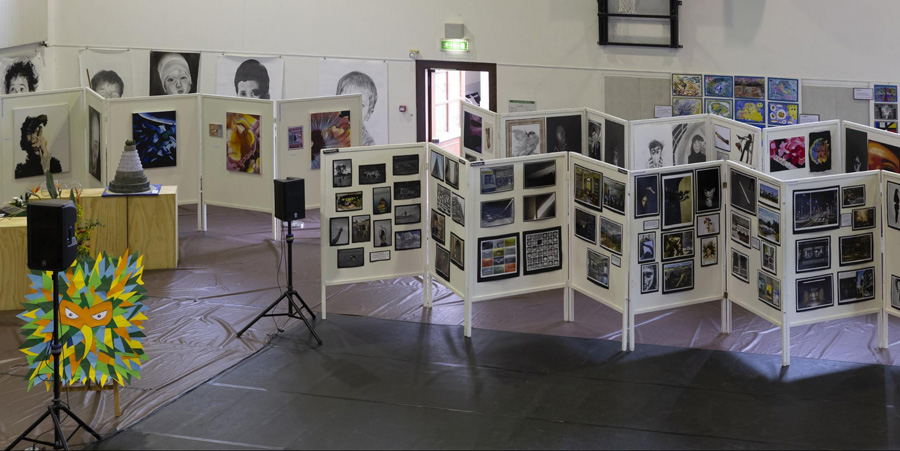 Tuesday evening also featured a presentation in the Palmer Center from guest speaker Bruno D’Amicis, an author, conservationist, and award-winning photographer who specializes in wilderness and wildlife photography. Mr. D’Amicis’ address, “Searching for the Other: The Life of a Nature Photographer,” centered on his working process and traced his evolution from a young boy who was fascinated with animals to his current career as a National Geographic photographer. He also projected many of the exquisite wildlife photos he’s managed to capture through the years and shared the stories behind them. 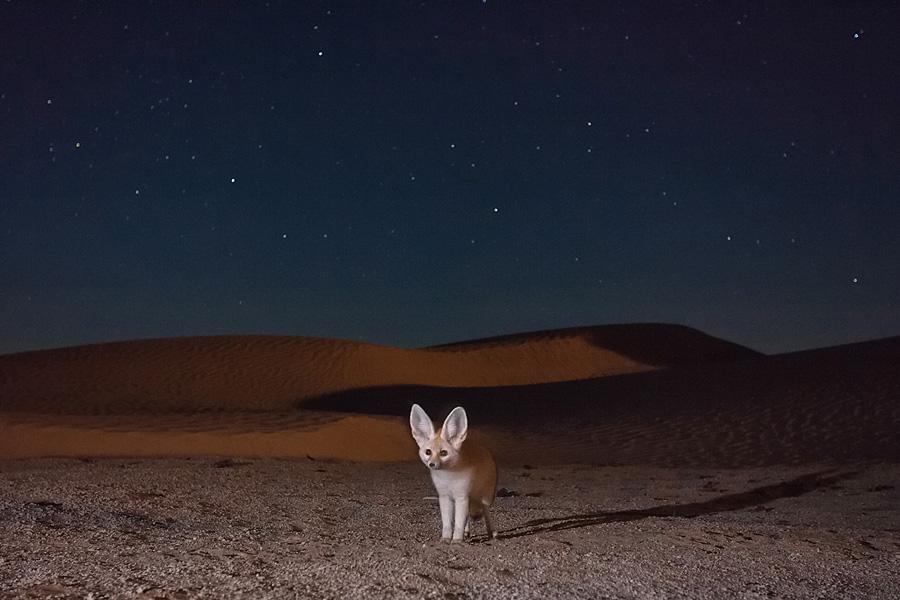 High School English students presented films, soliloquies, translations, and poems on Wednesday evening in the Palmer Center at “From Page to Screen and Stage: A Literary Event.” One highlight was the unveiling of a short film produced by students in Dr. Chris Love's Honors World Literature class. Their haunting take on a pivotal scene from Shakespeare’s Macbeth can be viewed below.

Led by Julie Frazier-Smith, Sweet November Dance Company unleashed its spring performance, Full Bloom, in front of a packed house in the Palmer Center later that evening. Student and faculty dancers were joined by guest artists and choreographers Marsha Barsky and Jordine Cornish. The uplifting performance was filmed and can be viewed in full below.

On Friday morning, Melody Tibbits Zanecchia’s fifth-grade students took part in a conducting workshop in the Palmer Center and had the honor of collaborating with the visiting Arts Festival Chamber Orchestra. 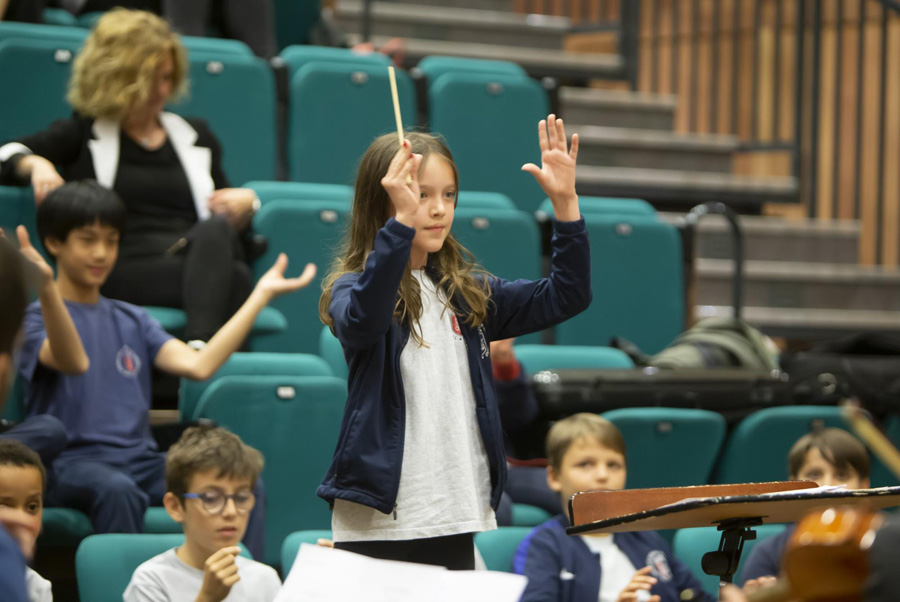 That afternoon in the Palestra, fifth-grade Creative Writing and Drama Club students, High School vocal and instrumental soloists, and the Arts Festival Chamber Orchestra performed “Excerpts from The Magic Flute,” a condensed junior narration of Mozart’s famous opera. The full performance can be viewed below.

Following the opening of the Student Visual Arts Exhibition in the Palestra, it was time for the Friday evening premiere of the Middle School Spring Musical, Sketch, a coming-of-age tale written by Stephanie Figer, Michael Rosenbaum, and TJ Liquori—veteran members of the TASIS Summer Programs’ Dedicated Performing Arts Team.

The sterling cast and crew of Middle School students were on point for the premiere and followed it up with two more outstanding shows on Saturday night and Sunday afternoon. Matthew Frazier-Smith directed the musical, Julie Frazier-Smith handled choreography, Melody Tibbits Zanecchia served as the musical director, and Gloria de Piante Vicin provided the accompaniment.

The opening-night performance of Sketch can be viewed in full below.

The festival continued into the weekend with spirited instrumental recitals featuring students from all three divisions on Saturday morning and an impressive vocal recital with High School students from the studios of Jonathan Morris and Samantha Forrest on Sunday morning. 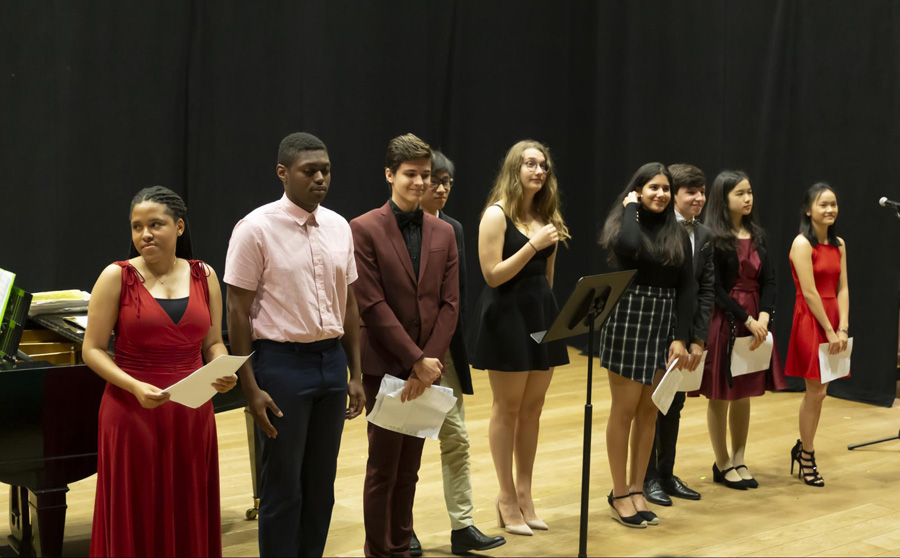 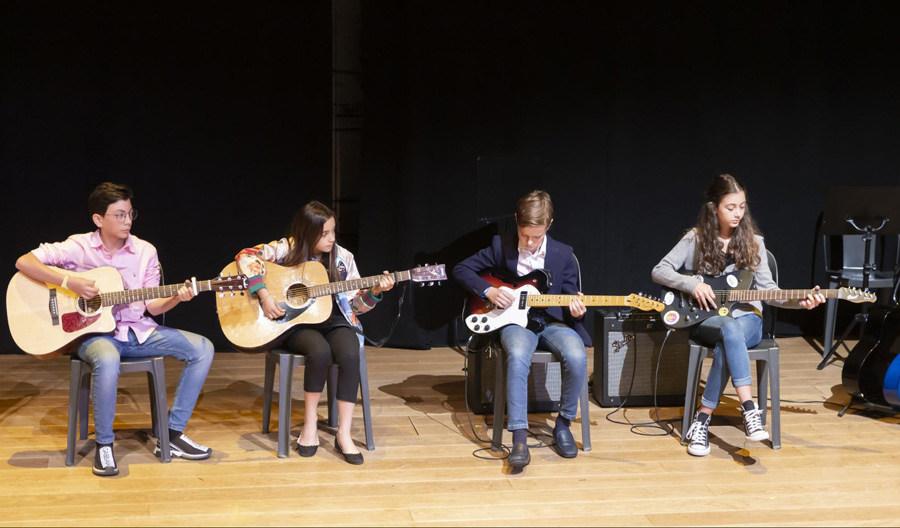 See more photos from the instrumental and vocal recitals.

Sunday afternoon marked the busiest period of the festival. Despite cool and rainy conditions, hundreds of people came to campus to enjoy the final performance of Sketch, delicious food offered by Irish Pub Sorengo and Ewolo Street Food, entertainment provided by the Progetto Zattera Theater Company, and a variety of outdoor art workshops, including ceramic tile painting, Chinese calligraphy, pottery on the wheel, tie-dye shirts and bags, and wire wrap-technique jewelry. 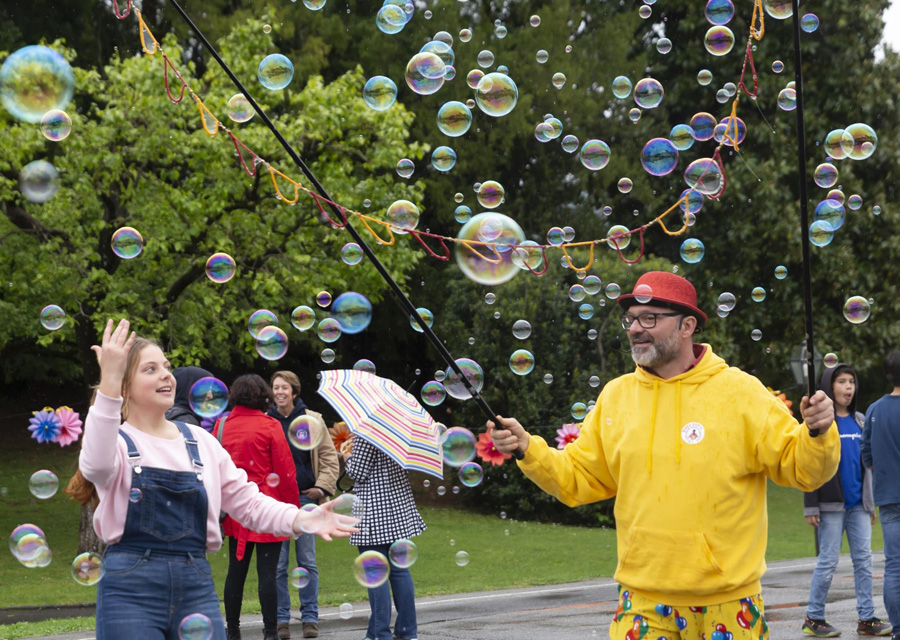 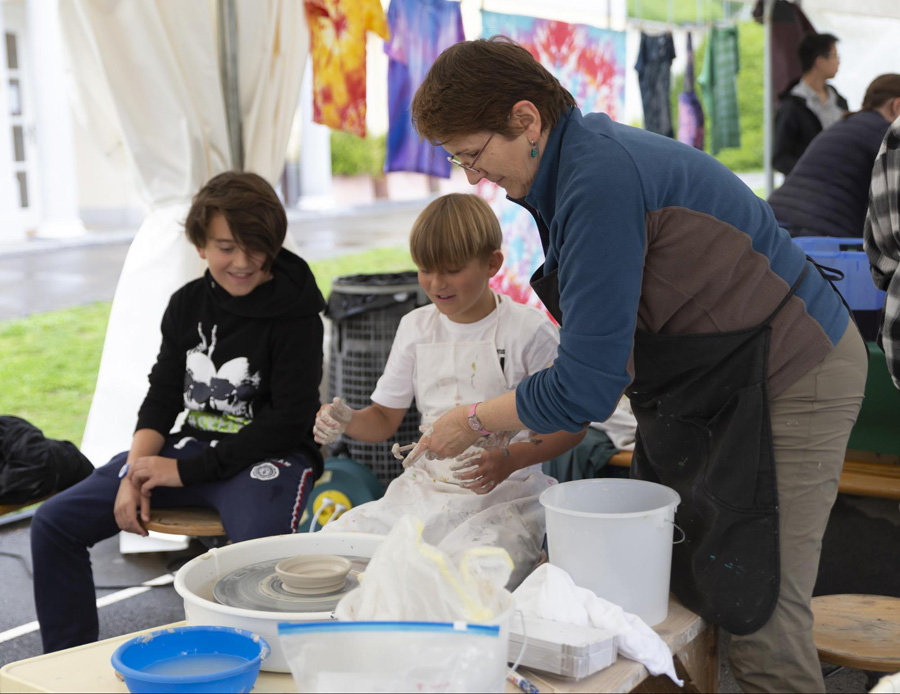 Later in the afternoon, IB Theatre and Drama 1 classes—led by High School Theater Director Valerie Bijur Carlson—performed "Absolute Identity” in the Palmer Center. The full collections of short plays and verbatim monologues can be viewed below.

The 2019 Spring Arts Festival concluded with a brilliant Closing Celebration that offered guests a final opportunity to view the extensive collection of student artwork exhibited in the Palestra before settling in for a magnificent concert that featured student soloists performing celebrated works by Handel, Mozart, Puccini, and Albeniz with the backing of the Arts Festival Chamber Orchestra. Enjoy the full concert below.


See photos from the Closing Celebration.

When the final note had been played, Ms. Forrest and Mr. Dukes took a moment to acknowledge the many students, teachers, and staff members responsible for making this year’s festival such a success, and Mr. Dukes offered some poignant remarks to officially draw the festival to a close.

“I think you’ll agree there have been some quite extraordinary events and some remarkable achievements,” he said. “Each and every year, I’m truly impressed by every student’s contribution—small or large. The 2019 Spring Arts Festival is no exception. This is where your hard work and many, many hours of dedication and practice have paid off...I hope each of you carry away a treasured moment. As Doctor Seuss would say, ‘Don’t cry because it’s over; smile because it happened.’” 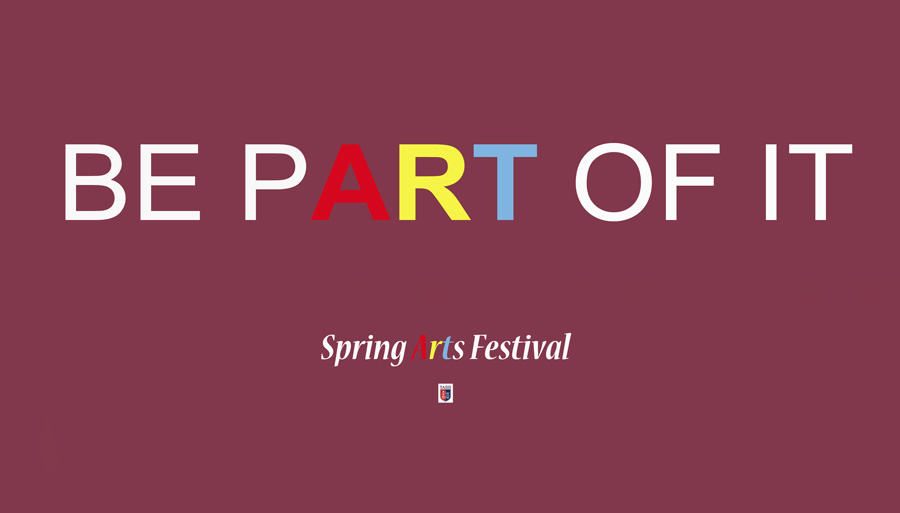 Later that evening, Headmaster Christopher Nikoloff expressed his sincere gratitude to Spring Arts Festival Coordinator Simone Aeschliman for orchestrating the week and to all of the students, teachers, staff, personale, parents, and alumni who took the motto of this year’s festival, “BE PART OF IT,” to heart.

“The Greek word for ‘beauty’ (kallos) is etymologically connected to the Greek ‘to call’ (kalein); beauty calls us to itself and to something beyond ourselves,” he noted. “The 2019 TASIS Spring Arts Festival saw the entire community of TASIS artists tune into the call of beauty and celebrate the goodness and truth of that call. If, as Dostoevsky said, ‘Beauty will save the world,’ the TASIS community, especially its students and teachers, made the world a better place this week.” 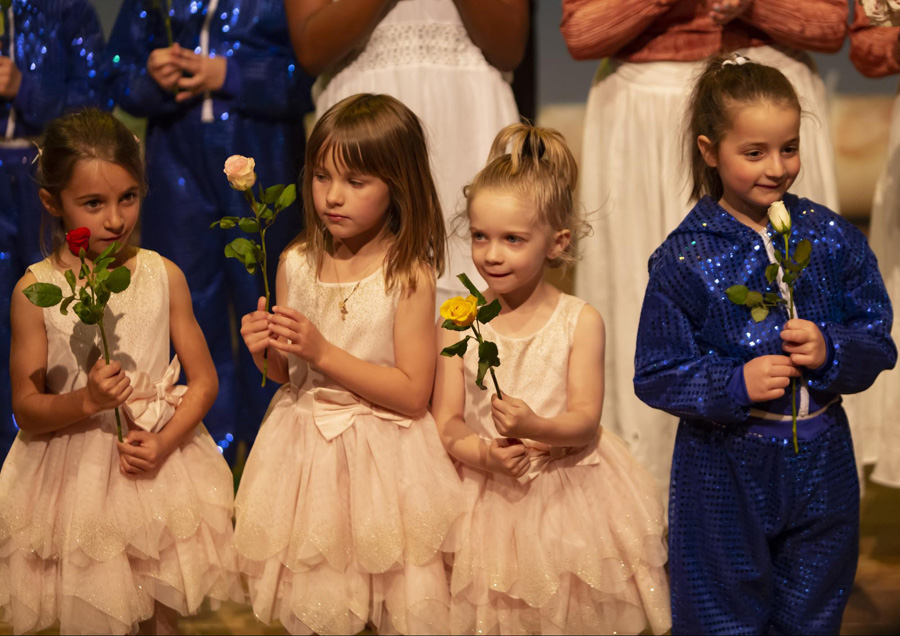