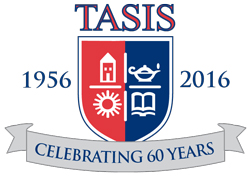 When you think about your time at TASIS, what immediately comes to mind? 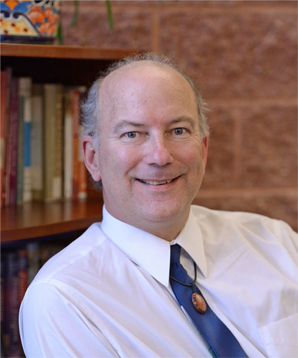 Mrs. Fleming. Beautiful setting. The mountains and clear blue skies, the view of Lake Lugano as I walked in front of De Nobili by the front door. Indoor soccer games in the Bubble. Weekend journeys to Florence, Nice, Venice, and Parma. A truly international mix of students in my dorm and classes. Very smartly-dressed young men and women. Evening and weekend discussions with students about their religions, their home countries, their philosophies, and their dreams.

What was your favorite spot on campus?

It was actually not on campus but along the path to Montagnola. You walk up a steep incline then it levels out a bit and there is a park bench looking out over the valley. I would sit there for hours to absorb the view, read, and soak up the sun. My second favourite spot was on the granite amphitheatre steps outside of the De Nobili dining room. On a sunny day with the beautiful DeNobili painted walls and the view of Lake Lugano, it was just a special place.

Tell us some of your best-loved memories.

I remember a weekend when I convinced Horst Dürrschmidt to join me as chaperone on a weekend trip to Parma. He decided he would drive himself while I drove the school van with the kids. As we were leaving, it started to snow and continued all the way to Parma, which made the driving rather difficult and I worried about Horst and his small roadster being able to make it. But he did with no problem. The next day we had beautiful sunshine and warm weather. Horst had researched good restaurants so we basically ate our way through Parma and had a fabulous weekend. Because of the food, the students thought it was one of the best weekends they had had to that point.

Another memory that will always be with me is meeting Mrs. Fleming for the first time (and every time thereafter). She threw her arms out, grabbed me, and smacked me with big kisses on the cheeks and called me by name; the greeting was always the same, even when I hadn’t seen her in many years. Her enthusiasm was infectious. I also saw this when she hosted gatherings for the students. She not only knew their names, she knew their stories and what issues they might be dealing with. I was always so impressed by her knowledge of the goings on and of the lives of the students. She was often not on campus, so she must have had “informers” and she must have cared deeply enough to retain what she was told. The amazing thing was that even after leaving TASIS when I saw Mrs. Fleming about eight years later, she asked me about current events in my life at that time. How did she know!?

My first year I was soccer coach with Alan Stockdale. We had a good team, but our games were every weekend until late October when we finally had an open weekend. I suggested that we take a group of students to Florence and Al agreed. So many kids signed up, most of them from the soccer team. It rained heavily on the drive down and the highway to Florence

has all those curves, tunnels and bridges. I was driving and my nerves were a wreck by the time we got to Florence. We check into our hostel and the rain had stopped so we walked around the city late at night. Everything was wet from the rain, so the city glistened in the streetlights. It was quiet, not too many people out, and this special lighting effect with the yellow tint to the streetlights and the light glistening off the pavement and walls made for a magical evening and endeared Florence into my heart forever. We had four Turkish students with us, Fatih, Ali Cem, Necati, and Akin. They were ninth graders and always together so much we had begun to call them the “Turkish Mafia.” Somehow, they found t-shirts in the straw market that said that and proudly wore them around the rest of the weekend.

I broke my ankle the first year while sledding at St. Moritz, where we used to go for ski term. When we returned to campus, for the first week or two I really could not get around, so I held classes in my dorm room in DeNobili, right above the dining room. The kids were great. They frequently asked if I needed anything, were very patient and maybe even more attentive than usual. F aisal Al-Issa a nd Lin Shih-Chieh were especially considerate. They would stop by on their free time to keep me company or ask if I needed anything and then go get it. Throughout my four years at TASIS, I found the students to be thoughtful, caring, and considerate, but at the time of my accident, it was especially noticeable.

Who were your most memorable colleagues?

Describe your life today. How did your time at TASIS impact your life?

I am definitely more aware of the world. I read or hear about events in far away places and many times think of a TASIS student I know who was from there and wonder if he or she is still there. My understanding of different religions, different ethnicities, and different social structures was greatly enhanced by experiences and discussions at TASIS. I have had the opportunity to travel with or visit TASIS students and their families including Michael Dettmer, Faisal, Sara, and Abdullaziz Al-Issa, Filipe Noguiera, Joao Castro, Will Campos, Nazli Celik, Can Pasarbasi, Fatih Cinoglu, Ali Cem Sonmez, Santiago Muguruza, Christian Faoro, Matteo DuFour, Marcus DiLenardo, Lucca Manfredi, a nd Antonio Cruz. I am still in touch with many students around the globe and look forward to seeing them again on future travels. As a teacher of European history, I am more effective and enthusiastic in my teaching because I have been to so many places with TASIS. I have seen the original works of art that I teach about and walked the streets of the cities we discuss. Students of many different groups often find me to be an empathetic ear and an advocate for them. They come to tell me their issues and seek my help and advice for working through them. I credit this to TASIS because I worked with the world in my classes while there. As a consequence, I know and understand their point of view.