Award-winning newscaster NazlÄ± Çelik ’96 discussed her compelling journey, the significance of her time at TASIS, and her pioneering career as a female journalist in Turkey with TASIS seniors in the Palmer Center on the evening of Sunday, November 18. Her visit represented the second installment of the 2018–2019 TASIS Speaker Series.

Ms. Çelik, whose impressive accomplishments were discussed in a recent TASIS Alumni Notes entry, attended primary and secondary schools in Istanbul at Dost College before coming to TASIS for four years of high school. She then matriculated to Emerson College in Boston and double- majored in Psychology and Journalism, graduating with honors.

Starting in 1999, Ms. Çelik worked at NTV News Center as a police-court reporter for six years. In 2002, at the invitation of the American State Department, including the White House and the Pentagon, she completed a Television Journalism program.

Working at Star TV for nearly two years, Ms. Çelik presented on Nightly News with NazlÄ± Öztarhan and on ErdoÄan AktaÅ’s Red Chair program in 2006. She then moved to Star TV’s main news program from June 2006 to February 2008. From 2008 to 2011, she worked the weekend news center for UÄur Dündar and served as the news coordinator. Since 2011, she has been the chief editor of Star TV’s Home News.

Ms. Çelik received her first award, from Turkey Journalists, in 2004 for an interview from the League "Ilhami Erdil" area, and she has since been honored more than 100 times for her journalism, including six Golden Butterfly awards for best newscaster. 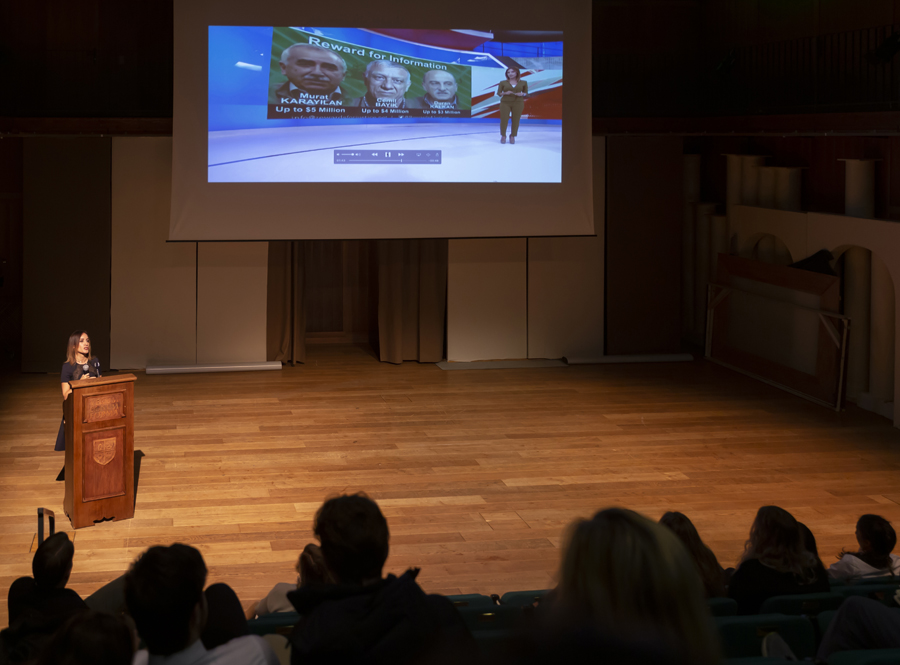