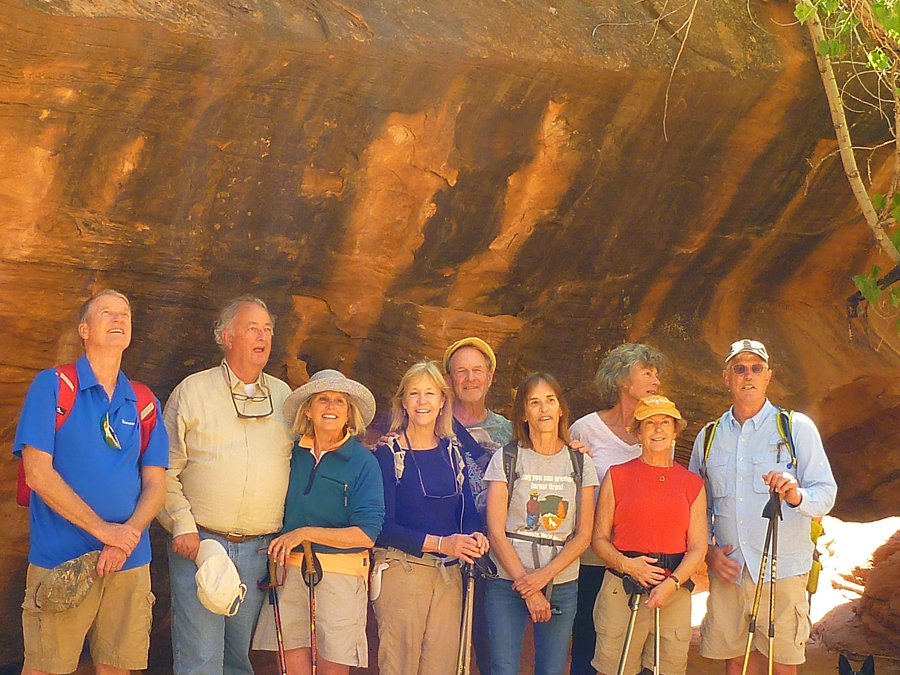 A dozen alumni from the class of PG '67 got together for a weekend in Moab, Utah, from September 28–October 1, and a wonderful time was had by all! Darcey Brown Kelley was the generous and welcoming hostess, with most of the classmates staying at her home, and below she recaps this unforgettable reunion weekend.

Things kicked off on Thursday evening, and even though most of us had not seen each other in 50 years, we immediately jumped into conversations, trying to catch up. Nell Bryan, Bill Fay, and I picked right up where we had left off 45 years ago at their wedding, as if no time at all had passed. There was a lot of laughter and memory sharing with everyone.

Friday morning we had breakfast at our house and then mid-morning headed to a canyon for a hike. Taking different levels of fitness and health into account, we walked part of the way up as a group, where Frank Wiedemann led us in a nice musical meditation followed by a visualization of how we would like to live and be active in the new reality facing us. Afterwards, a few of us walked on while Ariel Moody took a dunk in a slick rock pool while others hung out in the shade. Ann Mullins joined us on the return hike, and Florie Duvall and Nick Rose met us back at the house.

That night we had a catered Italian dinner with Italian hors d'oeuvres that Ann Mullins brought. I arranged for two friends who speak Italian to serve us and told them to pretend they spoke no English. It was very fun and festive, with lots of candles, Italian table clothes, toasts, and Tiramisu for dessert. The dinner was followed by two slide shows put together by Ann Mullins and Rick Standish. We had a lot of laughs and spent most of the slide shows trying to remember who people were.

Sadly Laura Warner had to leave early the next morning, so we all said goodbye to her at breakfast, which was a delicious frittata Nell Bryan made. The morning turned rainy, but most of us set out anyway, and once the rain let up we did a short hike in another area and headed back to the house. Florie Duvall, Leigh Schweppe, and her husband walked from the house to a nearby creek and canyon and saw some petroglyphs while the rest of us hung out while Jay Noyes worked on barbecuing our supper. Early evening, we all headed up to Dead Horse State Park and arrived just as the sun set. We had cocktails on a cliff overlooking the labyrinth of canyons and river hundreds of feet below, followed by supper in a picnic shelter as we watched the sunset—which continued to be beautiful. Nick Rose asked Rick Standish to "tell the joke," and we all wept with laughter that most of us remembered the joke and punchline 50 years later. The next morning we had a continental breakfast prepared by Leigh Schweppe and her husband, and Jay Noyes played some music for us. All too soon people began departing, armed with wonderful memories of many friendships renewed. Let's not wait so long to do it again. 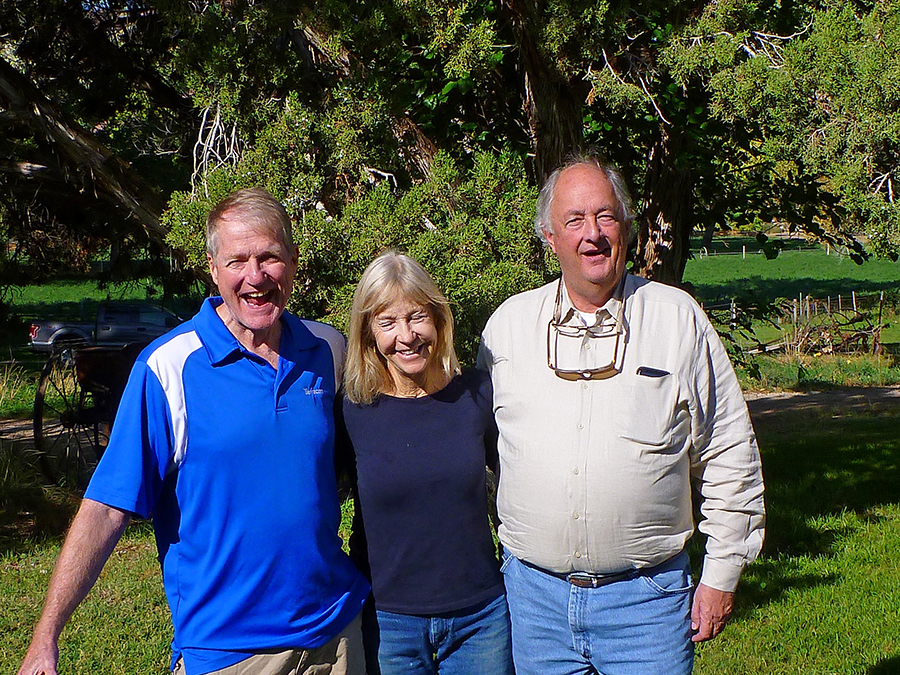 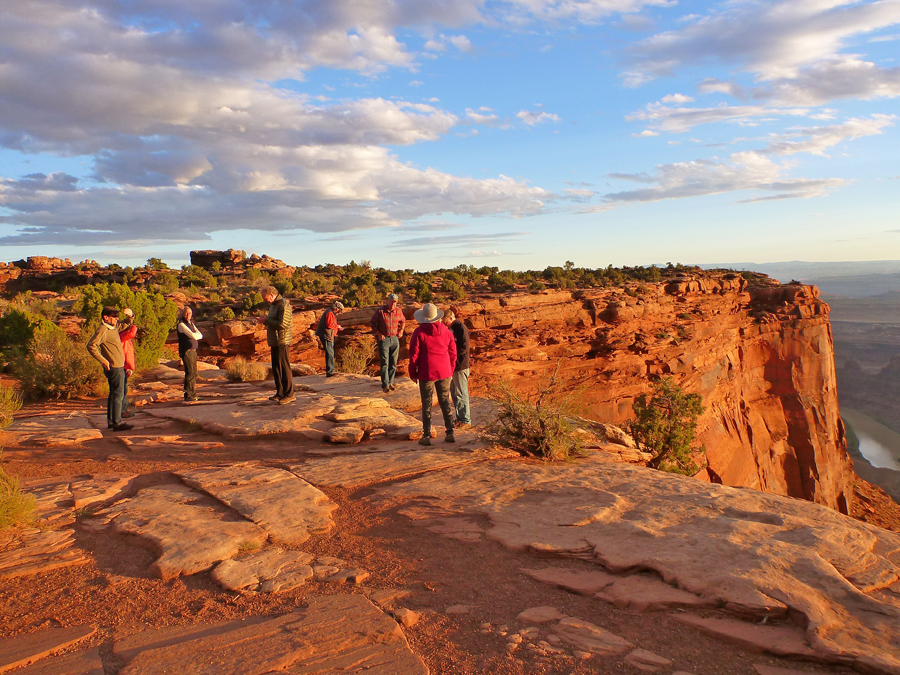