Skilled Linguist To Study Management and Modern Languages at King's
<Back to News
Mad About Science! 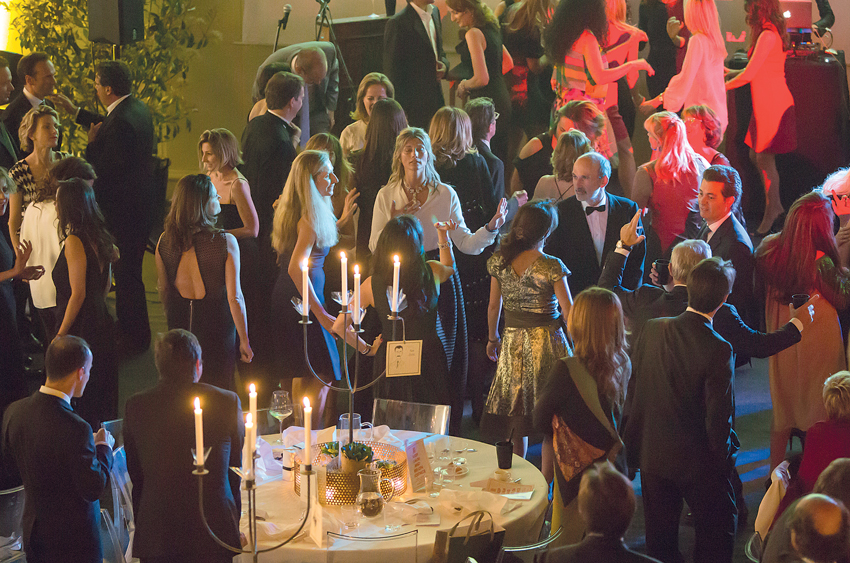 April 25 was a very special evening, featuring the culmination of the celebrations of the Campo Science Center in the Mad-About-Science Gala. A dedicated team of parents, led by TASIS Parent Association (TPA) President Muriel Aciman Hassan, put their talents and connections to good use as well as working tirelessly for months to create the perfect evening.

Over 300 people gathered on campus to celebrate with canapés and music in the beautiful new science building and a glittering event in the Palestra. Three-star Michelin restaurant Da Vittorio catered the event, which included music by TASIS students and a keynote speech by Helsinn CEO Riccardo Braglia (see facing page).

The evening continued with a live auction, where Sotheby’s-trained auctioneer Ed Rising did whatever it took (including racing around and climbing on tables) to lure guests to outbid each other for exclusive items such as Paris fashion show tickets, a vintage watch, and works of art. The evening raised over CHF 120,000 to name the Middle School laboratory — the last unnamed lab — in honor of our wonderfully loyal and supportive TPA.

By Riccardo Braglia, featured in the 2015 Fall TASIS Today 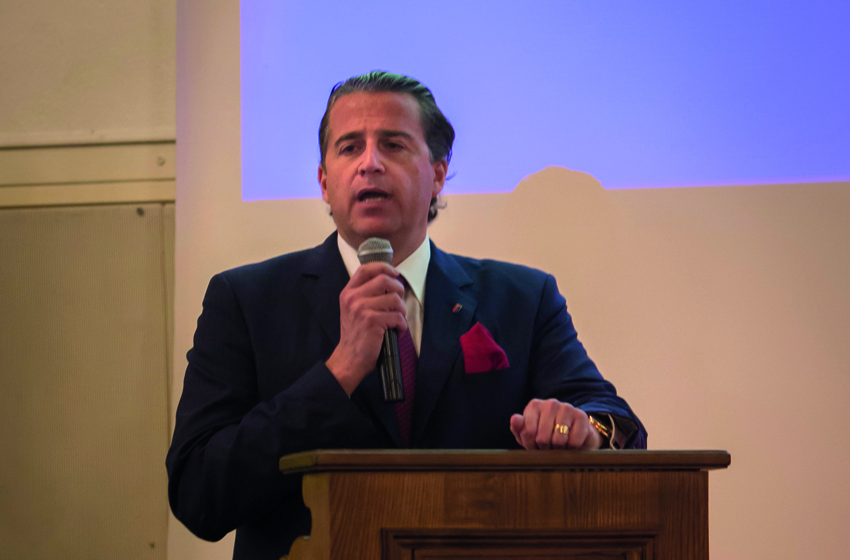 I have been involved with TASIS for nearly a decade, first when my son Gabriele began attending as a 7th grader. The next year my son Giacomo joined as a 6th grader. Soon after, I was asked to join the Board as a day parent and local Swiss citizen.

I had the honor and privilege to meet and get to know Mrs. Fleming well during the final years of her life. She was a wonderful lady whose inspiration spurred my dedication and support of TASIS. I endorsed the TASIS Paideia and in particular the commitment to academic excellence in all subjects. At that time, TASIS was mainly focused on the humanities and cultural studies, excelling in the arts and history.

As a chemical pharmaceutical and healthcare entrepreneur, I have focused and dedicated all my life to improving the quality of life of patients with new medicines and treatments and, in the past decade, researching programs against cancer. I quickly noticed that at TASIS, the science facilities, in particular the laboratories, were poor and not to a high standard.

I am so proud to have pushed for the construction of the Campo Science Center, both with project ideas and financial support to allow future students at TASIS to benefit from state-of-the-art installations and labs where students can study and practice chemistry, physics, biology, the natural sciences, and environmental sciences.

Science is important for all of us. Just in the past century, scientific discoveries have changed the lives of people around the world. A few include:

• insulin, which was first isolated in 1921 by scientists at the University of Toronto who were later awarded the Nobel Prize for their discovery.

• penicillin, which was discovered by Alexander Fleming in 1928.

• the double-helix DNA model, produced in 1953 by Francis Crick and James Watson, who subsequently won the Nobel Prize.

• the bacterium Helicobacter pylori and its role in gastritis and peptic ulcer disease, discovered by Barry J. Marshall in  2005.

In the future, TASIS students studying in the Campo Science Center could become important players prepared to make new scientific discoveries to solve the challenges of the 21st century. From treating cancer to discovering new bacteria-resistant antibiotics, the possibilities of how science can change the world are endless.

Our students now have the chemistry, biology, physics, and environmental science labs to motivate their curiosity. Scientific innovation comes from a combination of great minds and great souls. Excellent facilities, coupled with our excellent teachers, will result in a world-class science program.

Campo Science is now a reality! 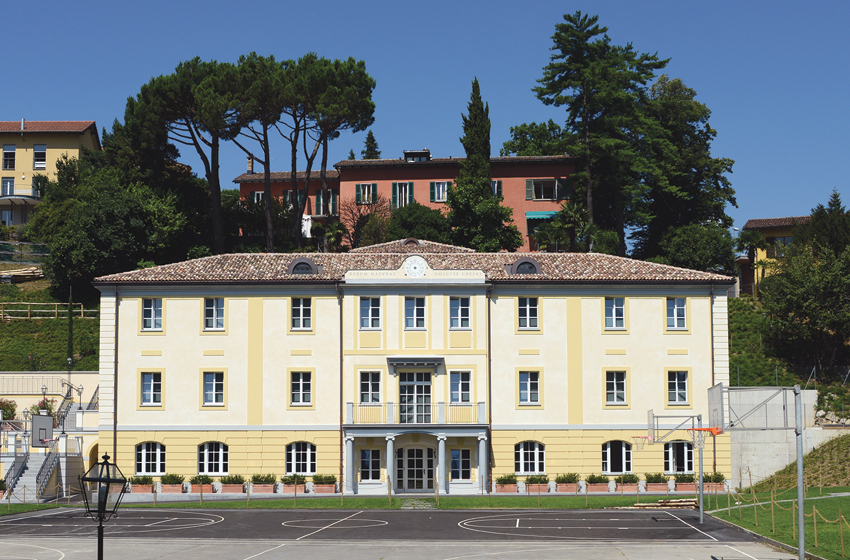