More than 270 TASIS High School students, employees, and family members traveled to Crans-Montana, Switzerland, for the School’s annual Ski Week from January 9–15. The 56th installment of this TASIS tradition turned out to be one of the snowiest in School history.

According to a representative from Crans-Montana Ski Resort, the mountain received a total of 69.3 inches (176 cm) of snow during the seven days TASIS was in town, with the heaviest snowfall occurring during the peak skiing days of Monday (20 inches), Tuesday (19.5 inches), and Wednesday (14 inches). While very little snow fell on Thursday, temperatures dipped to -7°F (-22°C) on the mountain. Visibility was quite poor throughout the week, with the sun appearing for only a few minutes each day until it burst through for good on a crystal-clear Friday.

“These were some of the worst weather conditions of any Ski Week I’ve been at, but all the snow made for a very interesting experience, and it’s hard to complain when you’re spending a week skiing in the Swiss Alps,” said TASIS IB Diploma Coordinator/UK University and College Counsellor Howard Stickley, who attended his 30th Ski Week.

Because of the weather, many lifts and trails on the mountain were closed at various points throughout the week, but that didn’t stop the intrepid TASIS crew from relishing their time at one of the world’s most beautiful ski resorts. Most students and faculty were happy to trade frigid temperatures, snowy conditions, and poor visibility for supreme trail conditions that featured plenty of fresh powder each day.

"The ski conditions at Crans were perfect this year—definitely the best I've experienced during Ski Week,” said English Teacher and 11th/12th Grade Dean Peter Locke, who has been to six TASIS Ski Weeks and said each has been better than the last. "The snow started on Saturday and carried straight through the week with great conditions on the pistes. Friday opened up and the sun shone for one fantastic final day on the mountain."

“The skiing was actually excellent for those who could brave the elements,” added Director of Admissions Bill Eichner, a veteran of 30 TASIS Ski Weeks.

It wasn’t an easy week to learn how to ski for those who were new to the mountain, but students were not afraid to give it their best shot.

“This was my first time skiing,” said Sara Strawn ’18, who came to TASIS this fall. “Even though I fell a lot, it was worth it just to learn how to ski. I feel like even though it was hard and a new experience, I’m happy that I learned a new life skill and look forward to skiing more in the future. And spending so much time with my friends throughout the week was a great bonding experience and brought us closer together.” 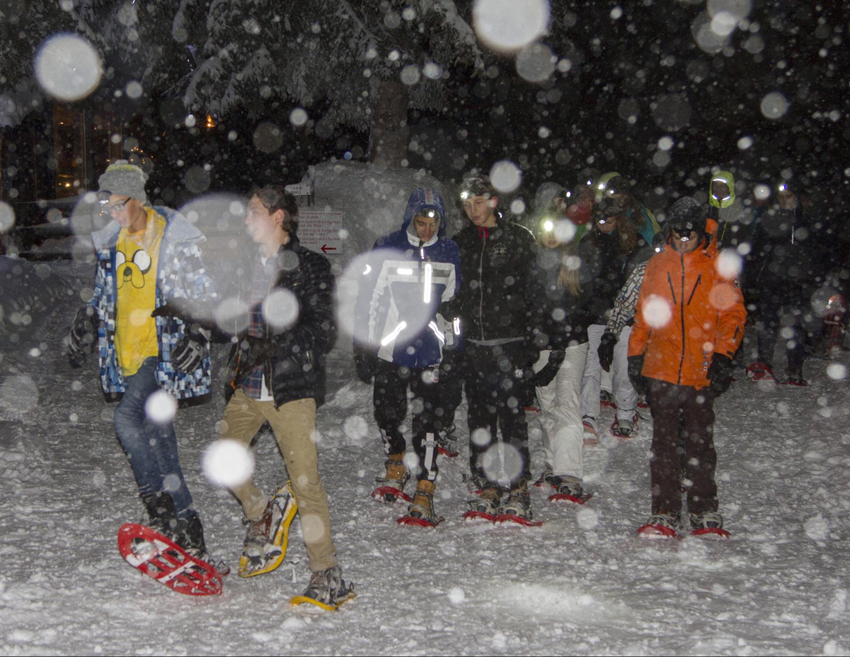 Students started each day except Wednesday with a two-hour skiing or snowboarding lesson, and many returned to the mountain for several more hours after lunch. The week also included many structured non-skiing activities, including Winter Olympics competitions, curling, ice skating, snowshoeing, trips to the cinema, and a Fondue lunch. High School Math Teacher Paul Diviani did an outstanding job leading a team of dedicated professionals and pulling everything together in his first year as Ski Week organizer.

“Snow, snow, and more snow made organizing TASIS High School Ski Week 2016 even more challenging than normal with some scheduled activities cancelled due to nearly two meters of snow falling at Crans-Montana in less than a week,” said Diviani. “Despite the weather, both students and faculty had a fantastic time together during the traditional annual event and were even awarded with a few hours of sun during the week!” 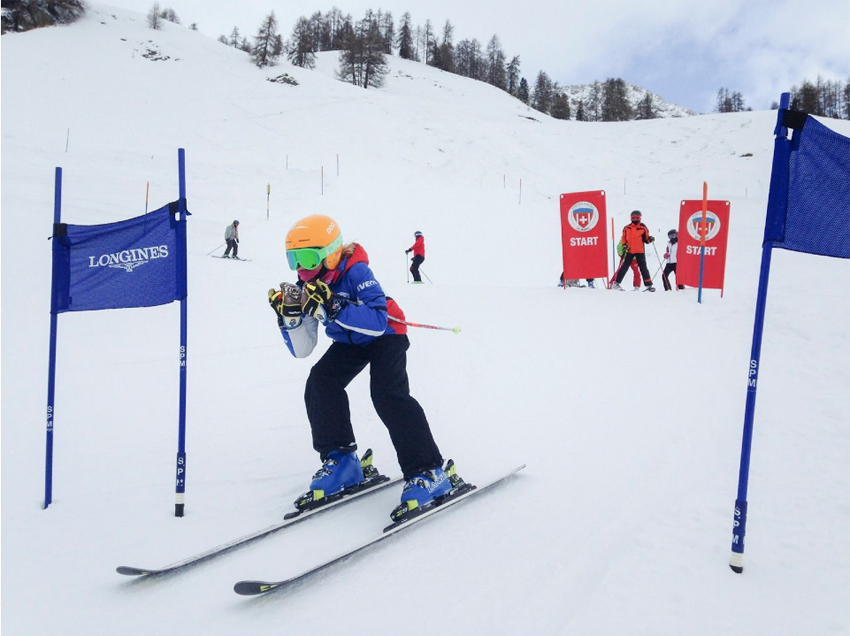 The Middle School crew also had plenty of fresh powder to work with throughout the week, and students were able to ski and snowboard under the supervision of instructors all day long. In the evenings they enjoyed a wide variety of fun activities, including a horse-drawn sleigh ride in the forest, a torch walk through the paths along Lake St. Moritz, a trip to the spa, ice skating, trivia contests, filmmaking, and an award ceremony.

“The team building and the connections made between students and teachers this year were exceptional,” said Middle School Dean of Students MJ Breton, who organized this year’s event. “We all had a really great week.” 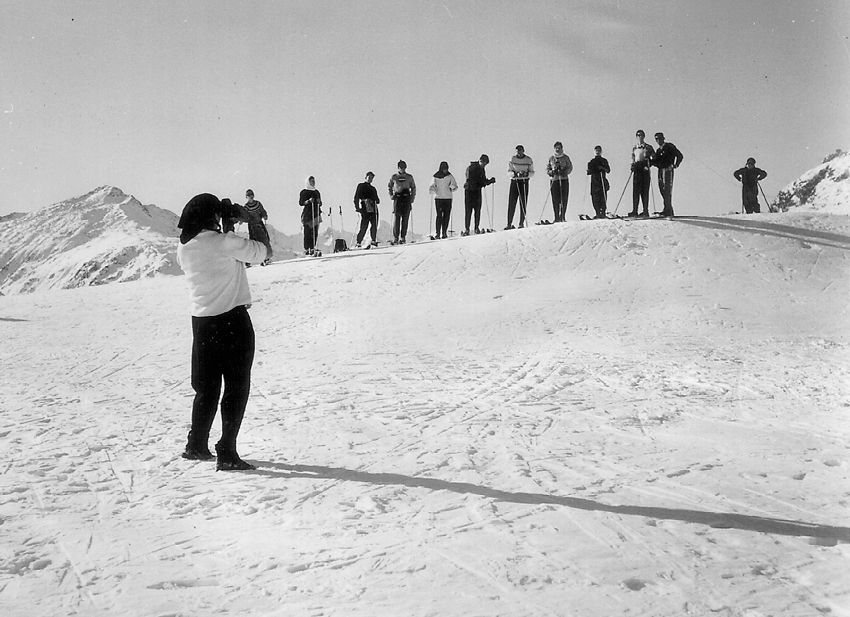 Mrs. Fleming taking a photo of TASIS students  during "Ski Term" in the 1960s

The TASIS Ski Week tradition was born in 1960 when founder M. Crist Fleming decided to move the entire School to Andermatt for three months while the newly-purchased Villa de Nobili was outfitted with central heating. Students had their academic classes in the morning, took ski lessons in the afternoon, and participated in a variety of other snow sports and activities with each other and faculty in the evenings. Ski Week remained a tradition when the campus returned to normalcy the next year, though it was shortened to two weeks and then further reduced to one week in 2003. (To learn more about the Ski Week tradition, read about TASIS’s love for the Alps and enjoy some alumni reflections.)

The Ski Week tradition will be restructured in 2017 as TASIS looks to shorten the winter holiday in order to gain additional days for academic instruction. Headmaster Lyle Rigg has formed a committee to explore alternative ways in which the School can provide an exciting ski experience to its students, and an update will be provided later this year.