A Better Way of Being This Month at TASIS: September 2020
<Back to News
International Week Through the Years 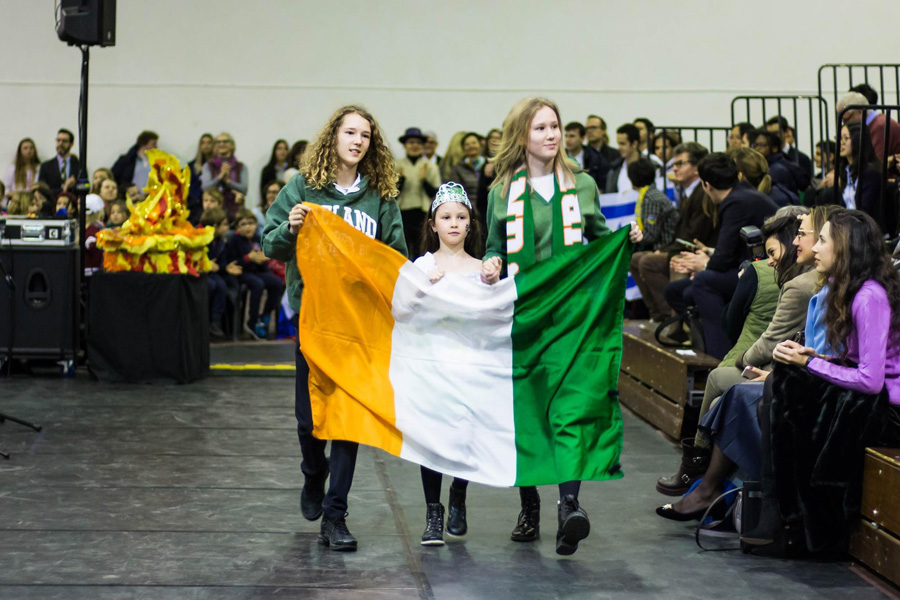 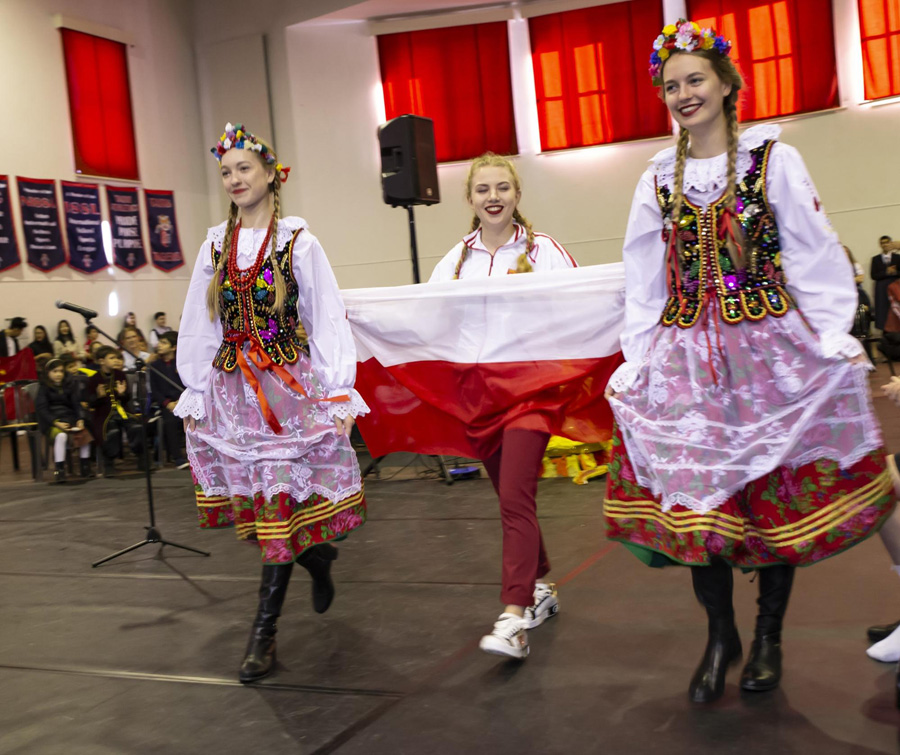 In 1983, TASIS Founder M. Crist Fleming famously stated, “What we are doing, or at least attempting to do, is to create not international schools but international human beings, men and women who are capable of moving easily in any society and any civilization on the face of the earth, people who do not have to overcome the barriers of prejudice or even unfamiliarity in communicating with their fellow human beings, no matter what their backgrounds.”

How has your time at TASIS made you more of an international human being?

Coming to TASIS in the fifth grade exposed me to a culturally diverse environment, which strengthened me as an individual and taught me what it means to be a world citizen.

On my very first day at TASIS, I made friends from Ireland, Estonia, Italy, Russia, the United Kingdom, and many more places from around the world. What I found special about this sense of diversity was that all of us, no matter where we came from, felt connected through our teachers, classes, interests, and passions—which I now see as the vision of TASIS and of its founder, Mrs. Fleming.

Throughout my first year here, thanks to the wide range of cultures I became familiar with, I gained a greater appreciation for the internationalism that is the foundation of TASIS and which I have admired for these past six years.

Thanks to the diversity of TASIS, I have learned to speak new languages such as Russian not just through language classes, but through my daily conversations with friends from all over the world; I have met students from China who speak French, students from Brazil who are fluent in Italian, and students from Russia who are learning Spanish.

One moment in which I realized how fortunate we are to be part of such an international community was reading Dante’s Inferno in English class this fall. To read Dante in both English and Italian, surrounded by native Italian speakers who can offer a helping hand, and to be able to take a quick train trip to Dante’s home city, is a true honor, and serves as one example of why I think TASIS builds such a strong sense of and appreciation for internationalism within its students.

I’ll always remember my first day at TASIS as a culture shock. I found the new people and different languages overwhelming, and I couldn't get over how there were 11 nationalities in my small homeroom class of just 15 students. From that point on, I was invested in learning about where my new friends came from, and I was fascinated by all of the languages that many could speak. This made me even more determined to learn Italian, which has become one of my favorite subjects at school.

It was at this time that my love for traveling grew, as I became increasingly interested in learning about the countries my friends came from. In this way, my group of international friends sparked a curiosity and desire to learn more about the different cultures around me—and about the world itself. Despite language barriers and cultural differences, what I’ve found is that TASIS students share a desire to grow and learn through each other. 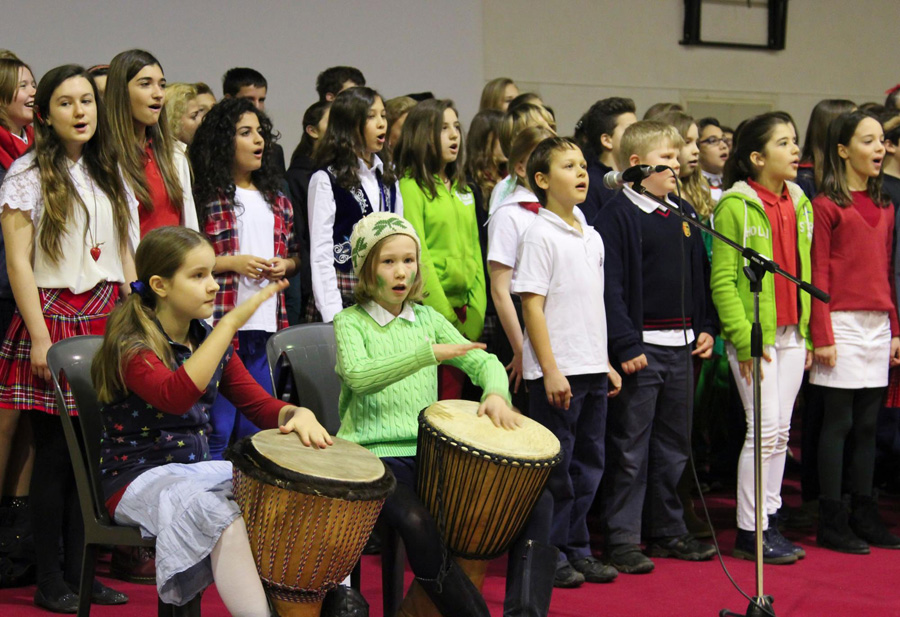 Why is International Week such an important tradition at TASIS?

There are many traditions at TASIS that embody internationalism, but I think International Week is a true testament to the diversity of our community. This week of festivities, fundraisers, and celebration opens our minds to the beauty of other cultures while allowing us to represent our own cultures and what we love about them to our friends and teachers.

Ranging from activities like the International Food Fair, in which each country represented at TASIS has its own student-led stall with homemade treats from that country, to the TASIS World Cup, in which students create their own soccer teams and compete over the course of the week to see which team wins, International Week captures not just the internationalism of the TASIS community but the closeness and sense of unity that constitutes our school spirit.

For me, International Week is such an important tradition at TASIS because it enables me to share my identity as one of very few Irish people at TASIS. On a broader scale, it allows students and faculty to express their cultural backgrounds through the wearing of traditional costumes and preparation of national food. TASIS is an international community comprising boarders and day students, many of whom have left their home countries. For that reason, I believe that international week is integral for TASIS students and faculty to celebrate diversity whilst also reinforcing the community spirit that TASIS embodies. 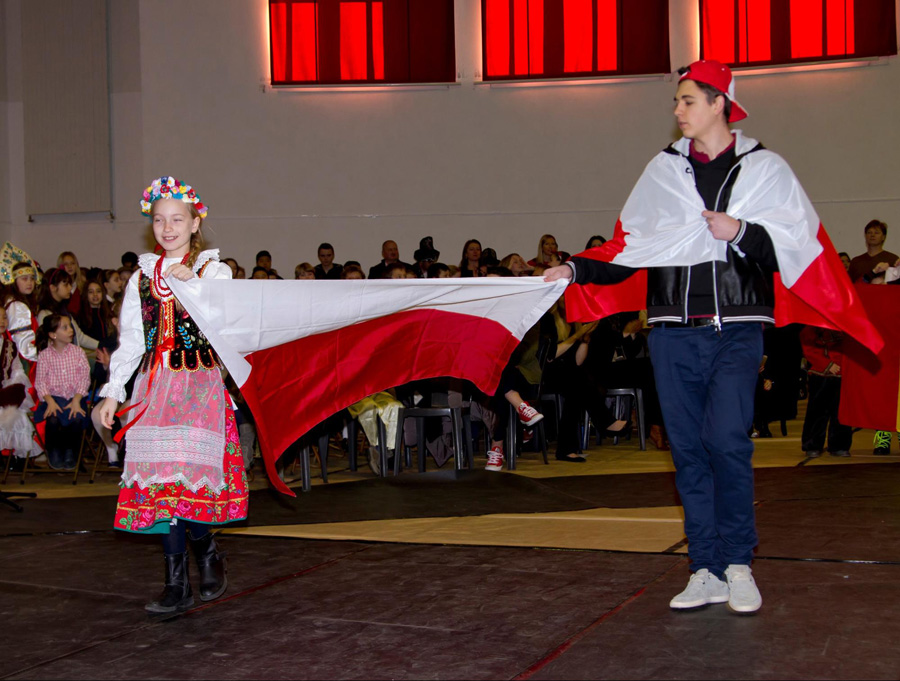 What are some of your favorite International Week memories through the years?

I have participated in the Parade of Flags throughout all of my six years at TASIS. The times that my sister and I have held the Polish flag while wearing our matching traditional costumes from Krakow are some of my warmest memories. Both of us were proud to represent our home country and march through the Palestra together amidst the claps and cheers. I will always remember the mornings before the Parade of Flags, with everyone in their traditional costumes—intricately embroidered dresses, traditional hairstyles, painted cheeks—and the moment before our home countries were called, when all of us stood back, nervous and excited. 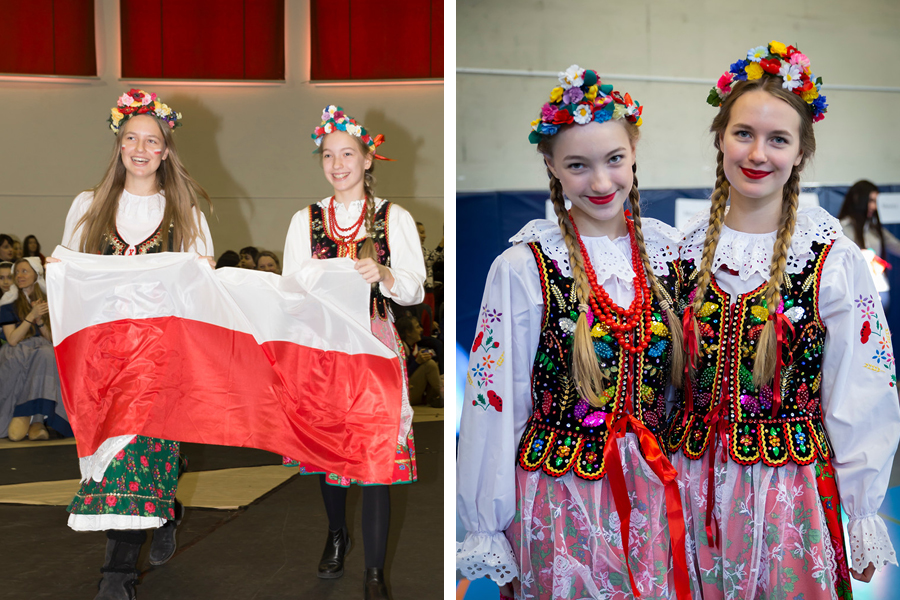 Since my sister has now graduated, I think both of us will look back at our time at TASIS in the years to come and remember the Parade of Flags as a time for us to bond as sisters and as a school community.

My earliest memory of International Week goes back to fourth grade and the International Showcase. I was so excited to share the Irish culture with my classmates that I actually HAD to perform twice. First I sang a traditional song in Gaelic, and then I did an Irish dance. 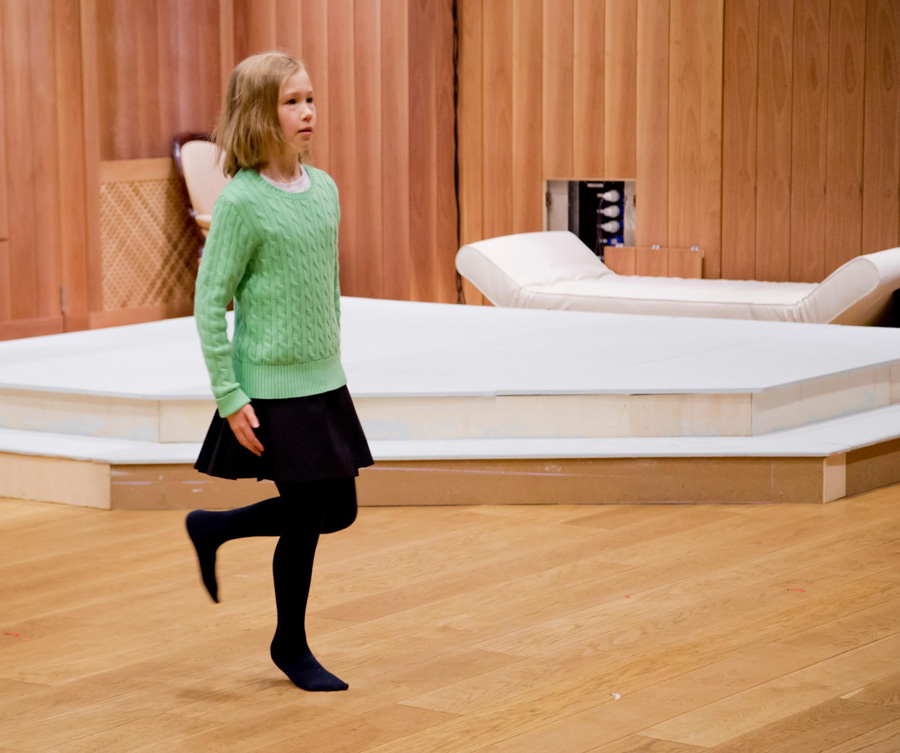 Like Alexia, I’ve also participated in the Parade of Flags for the last six years. My fondest Parade of Flag memories go back to when my older sister Rebecca was still a student at TASIS and we represented Ireland together. In addition to the Parade of Flags, one of my favorite International Week events was the Middle School International Brunch, an occasion that I never missed. My friend Alice’s mom would always make delicious french crêpes, and my Brazillian friends introduced me to brigadeiros, which I highly recommend! 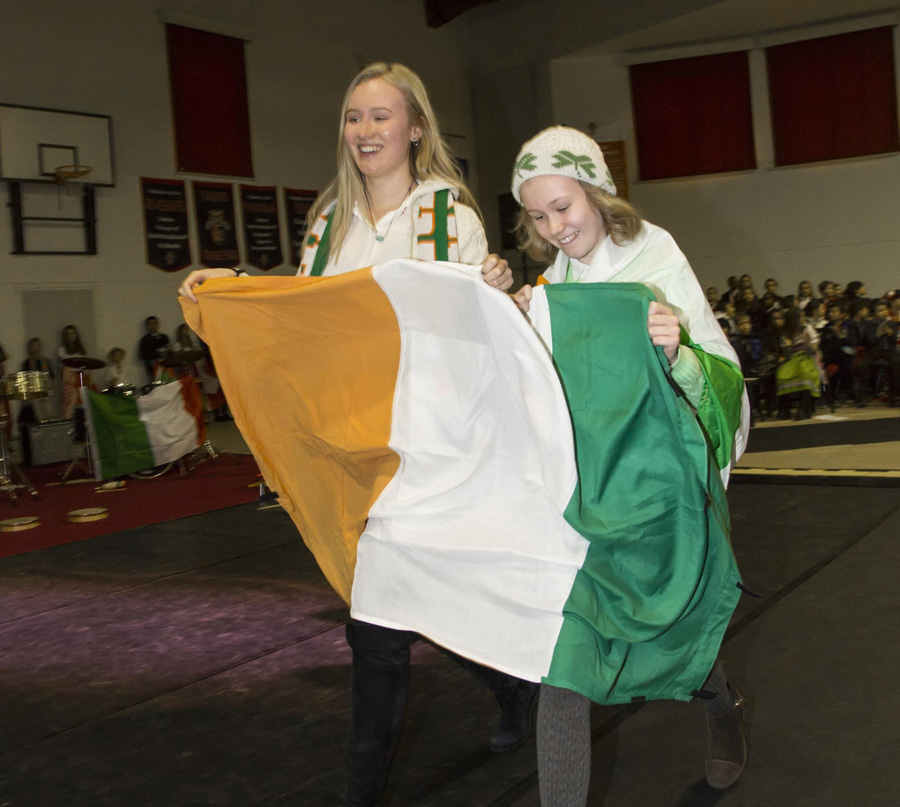 Another fond International Week memory has been the World Cup. In eight grade, my friends and I made an all-girls team. We didn't have much success, but it was a great experience nonetheless! 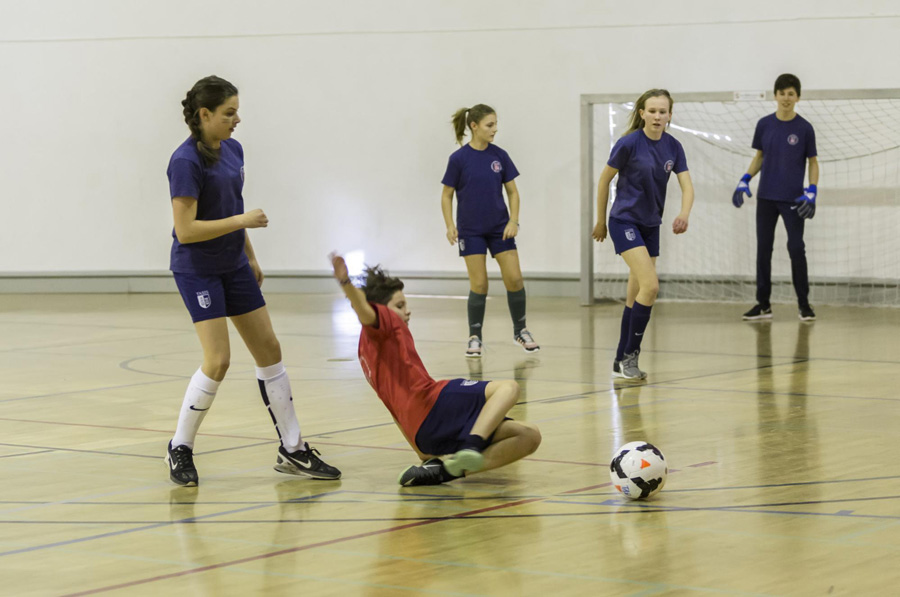